This is our lounge area. Feel free to come in and get acquainted!
498 posts

World's deepest pool. Not quite vertigo, more like asphyxiation.

That was uncomfortable to watch.
Top

So he's in a pool of water ... what's so uncomfortable about that? Think of it as a second womb. Kinda like (insert Mom joke here).
You can lead them to knowledge, but you can't make them think.
Top

Selfie sticks bring out the best in people…

↑ Very nice! Gelmerbahn, 106 % (but accelerated, of course). Stoos has now a line with 110 % and rotating cabins (to keep them horizontal); goes to a tourist trap, of course. 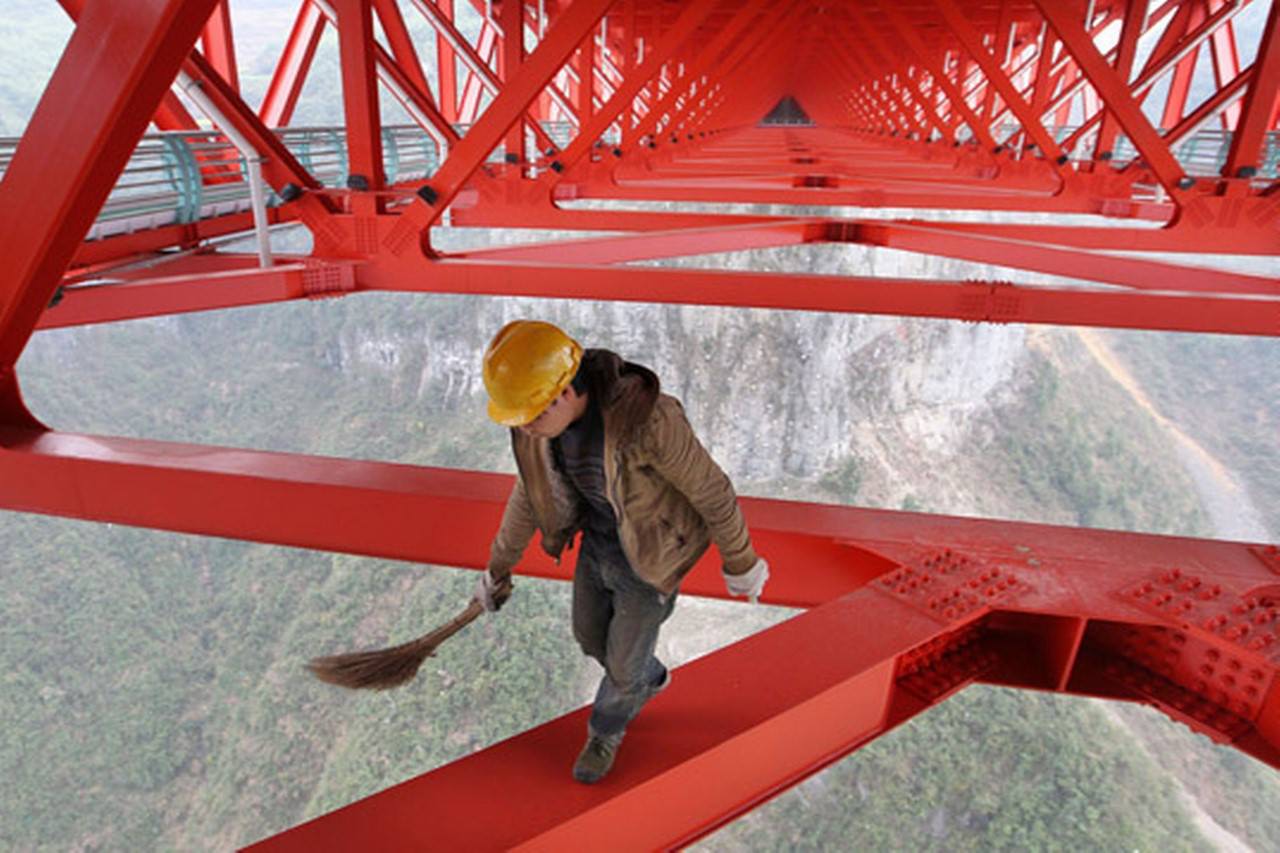 Wtf is he doing? Dusting?
Top 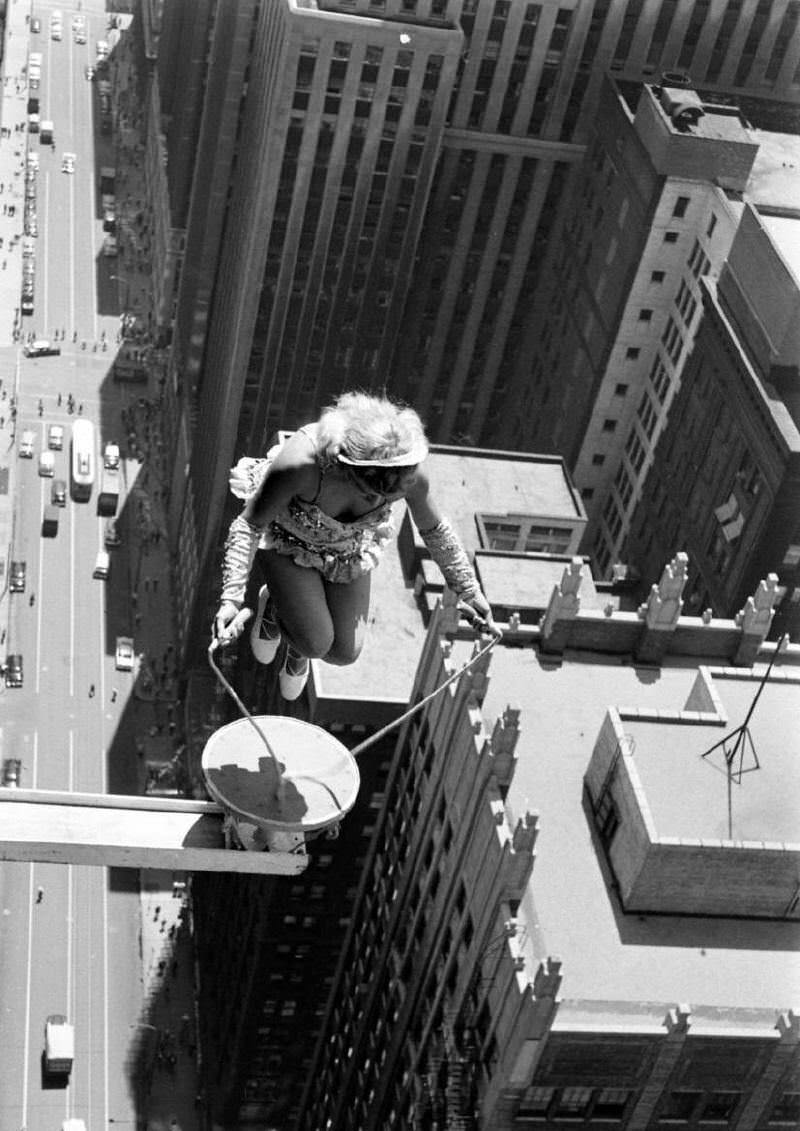 Ah, the days before title 9 let the girls use the boys sport facilities and they had to be happy with whatever out of the way spot they could find.
Top 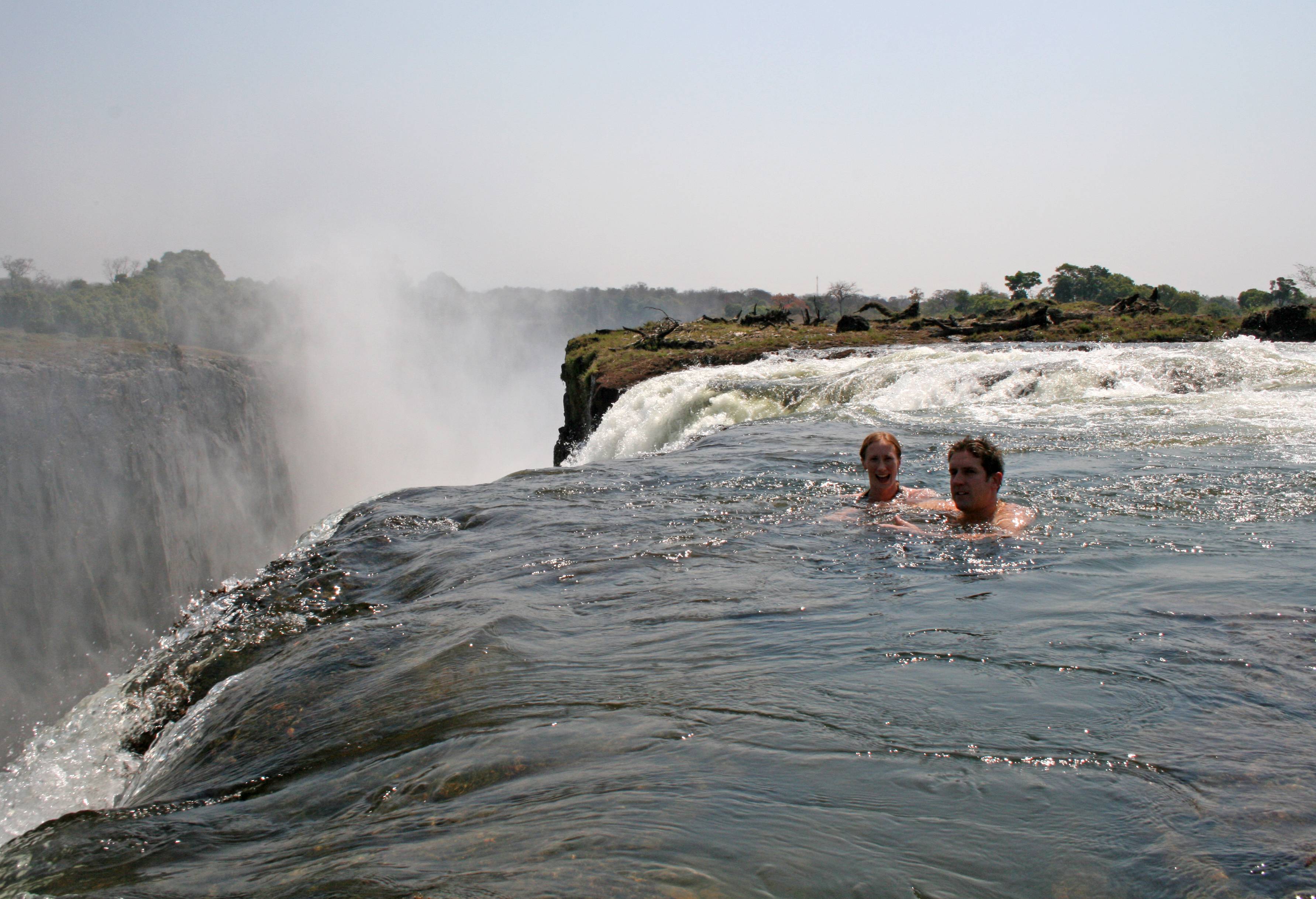 It soon will be if they don't stay away from the 'event horizon'.
You can lead them to knowledge, but you can't make them think.
Top

Better without the webm trick?
Top

BTW: Why is shit from Vimeo auto-playing? Fuck that.
You can lead them to knowledge, but you can't make them think.
Top 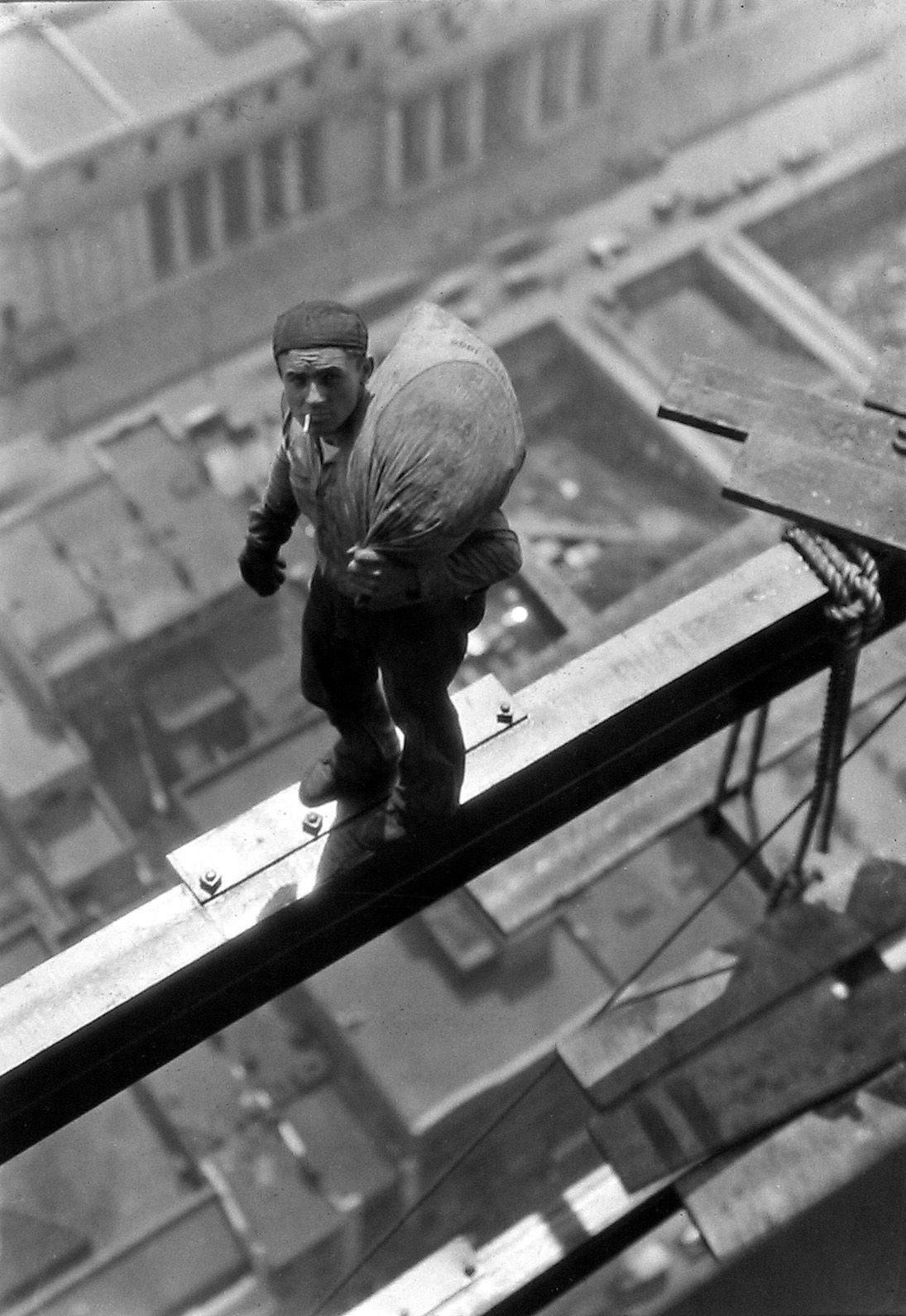 Hope that’s a parachute over his shoulder- early base jumper?
Top

↑ Security measures would have killed the economy. 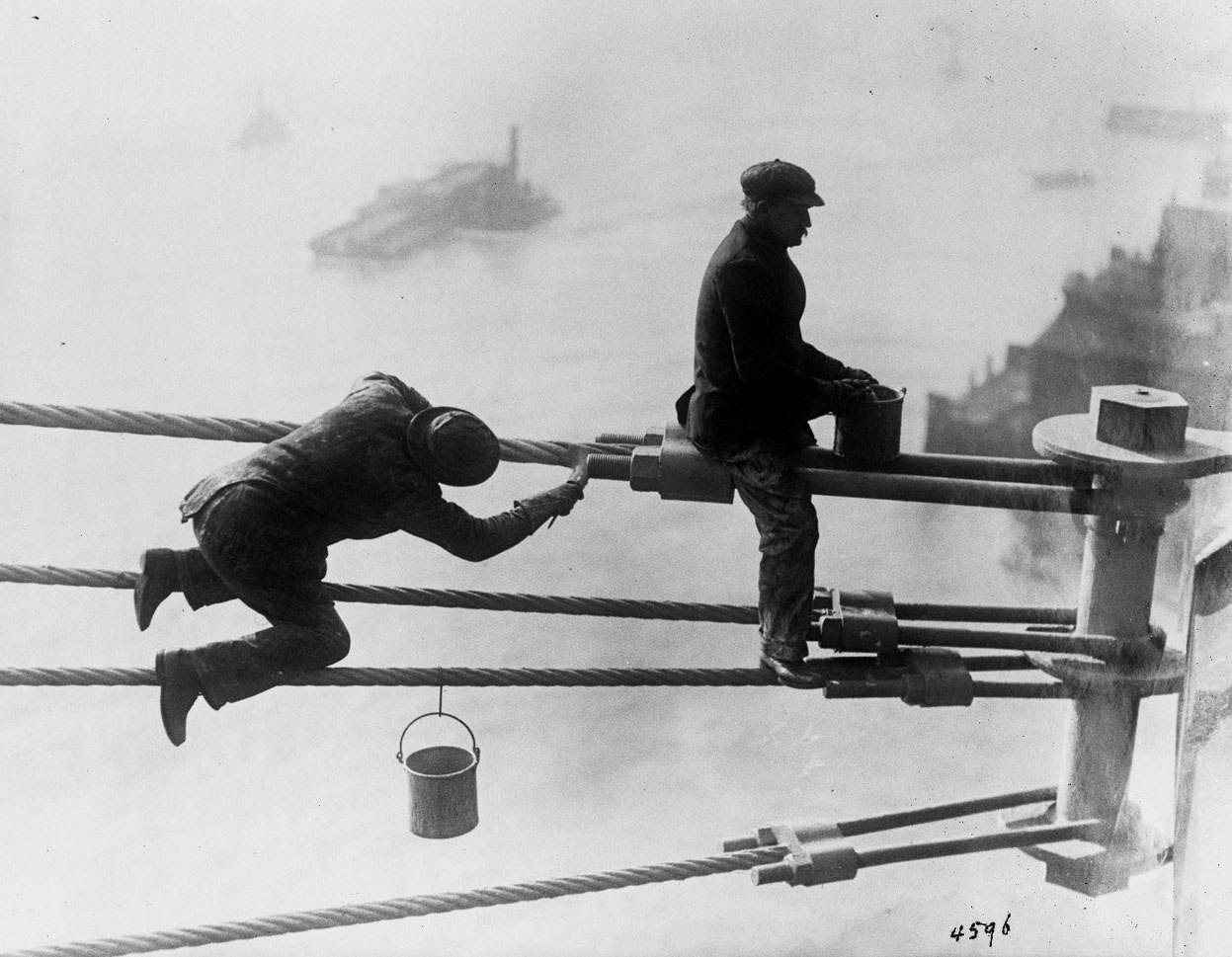 Hope she lived.
You can lead them to knowledge, but you can't make them think.
Top 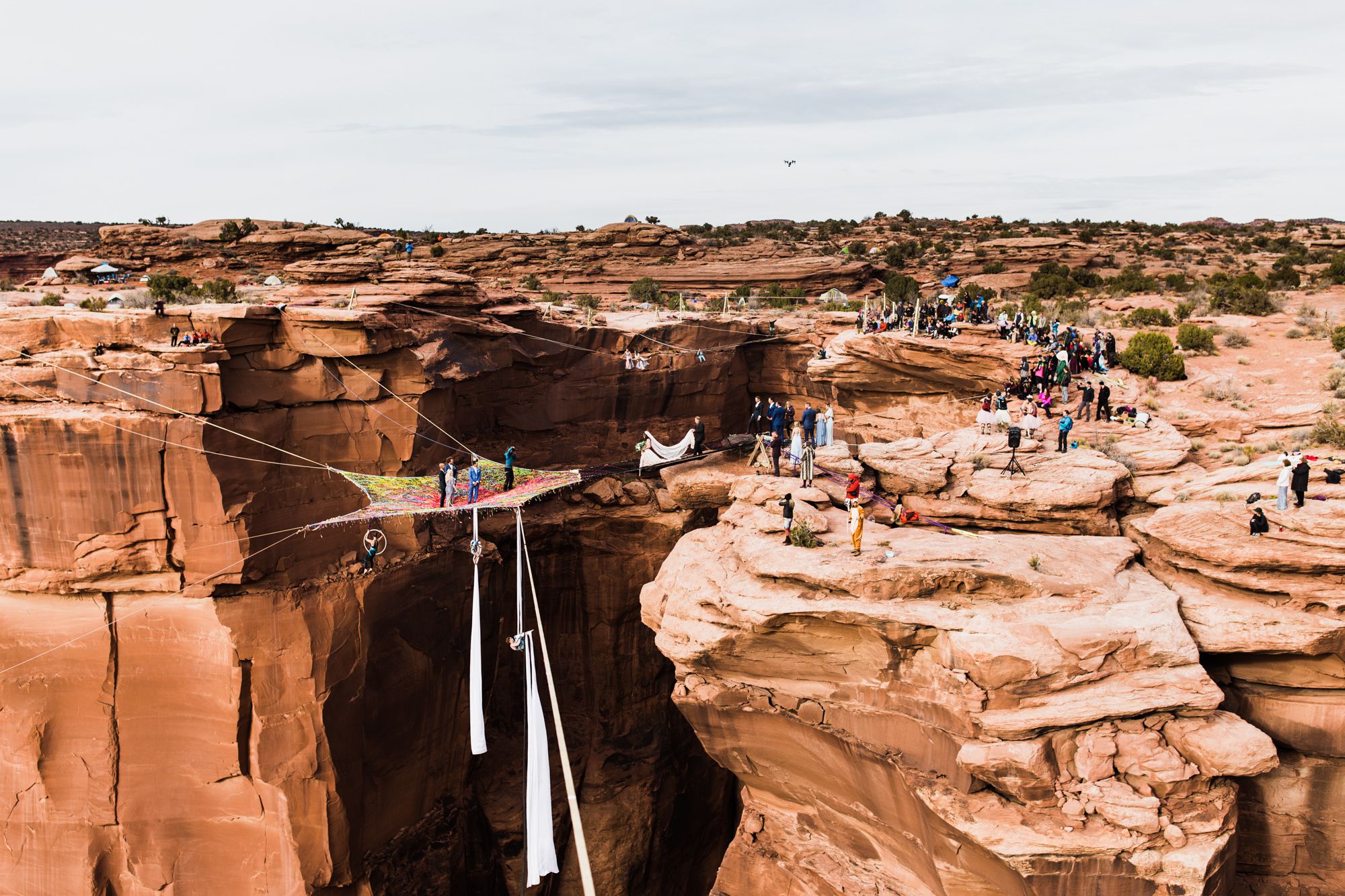 A bit long (for today's audience?) but "the past is a foreign country".

Is that guy in red and black gonna open his damn chute?
Top

Don't tell him what to do
Top

Nope, probably my own post. The page just didn't want to load, with that message in my browser. Today everything's OK.
Top 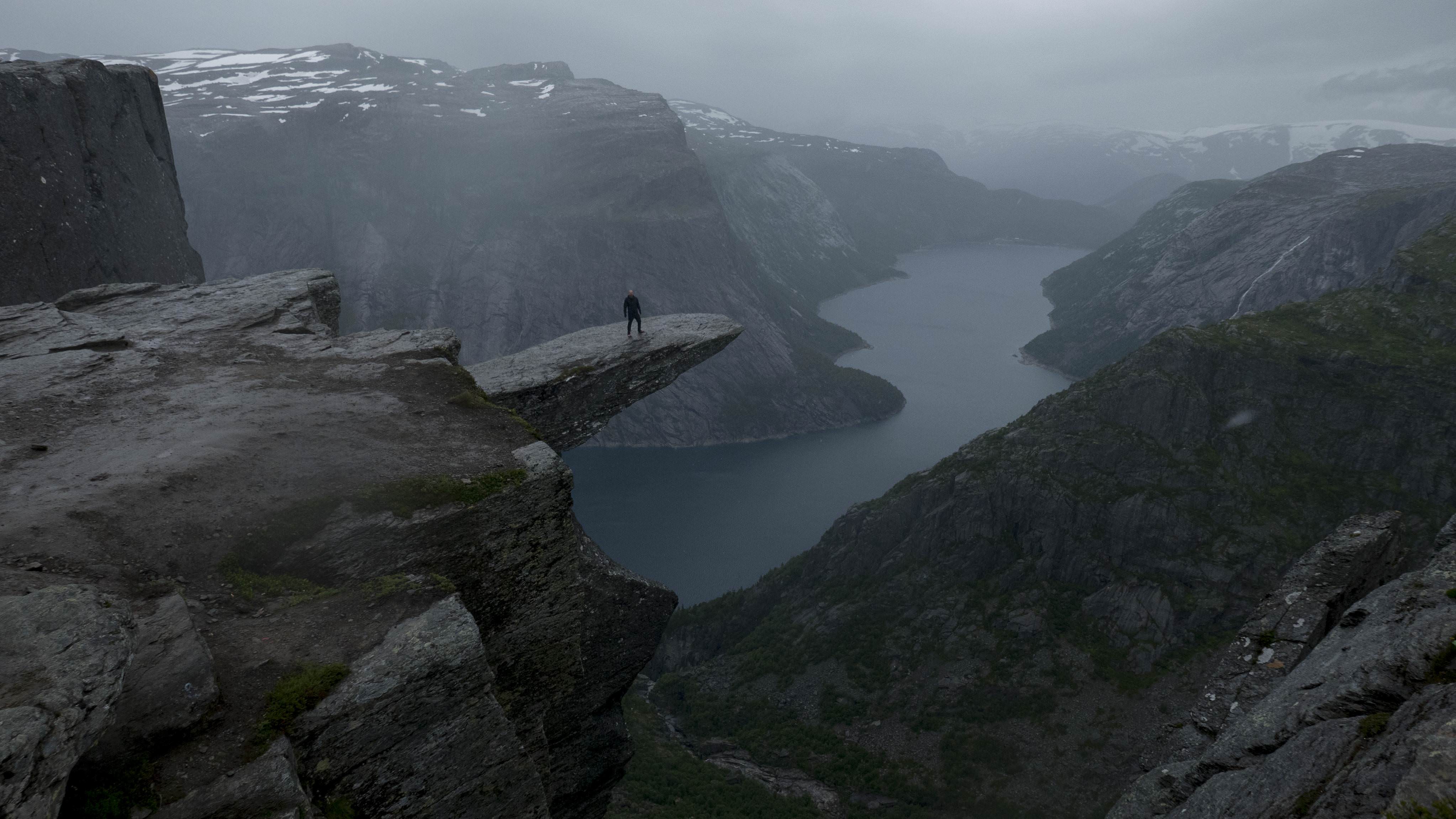 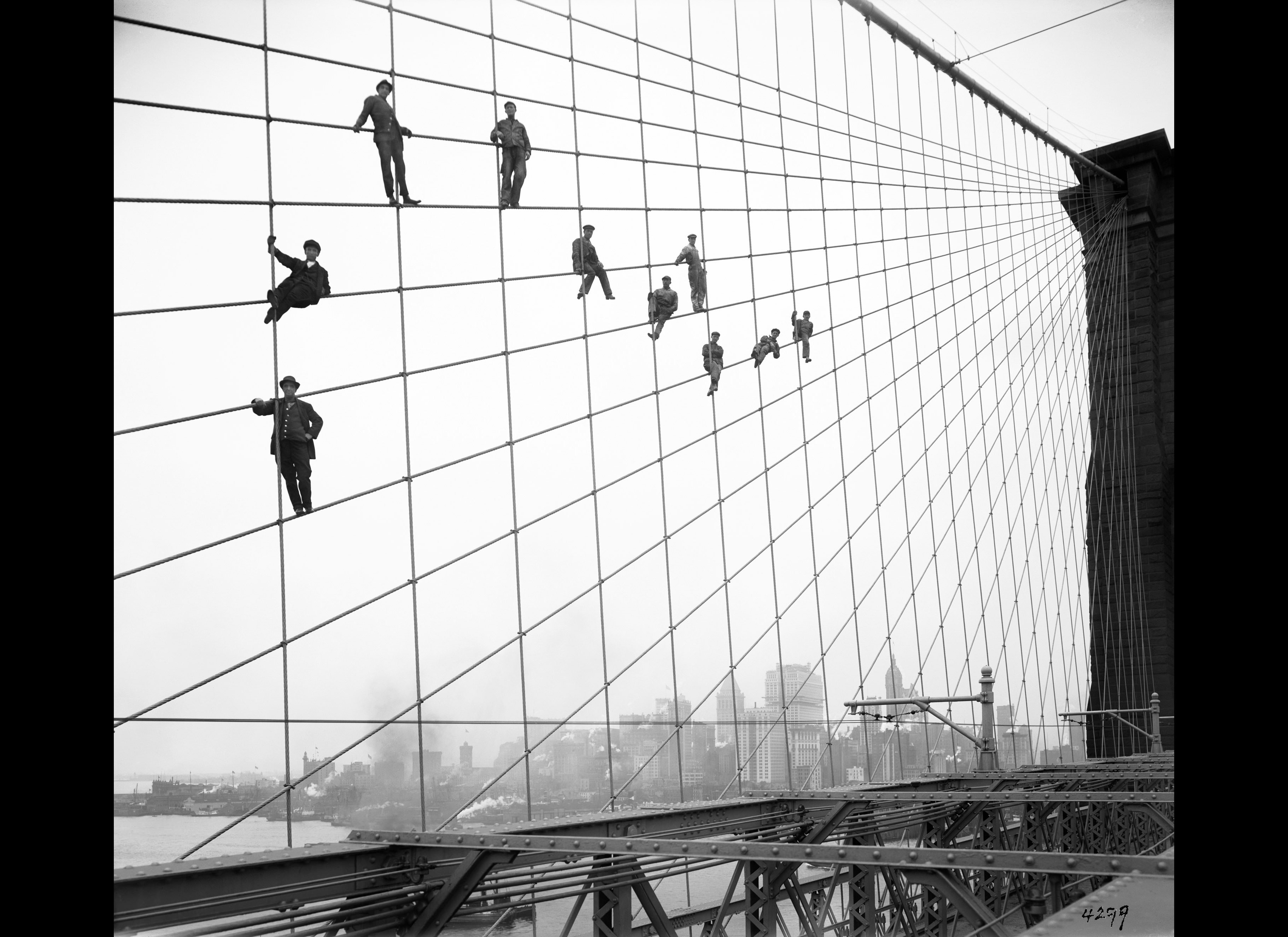 Painters Of The Brooklyn Bridge,1914.


Most of the pictures were taken by anonymous municipal workers in the course of their duties, although there are some standout pieces by professionals like Eugene de Salignac, the Boston-born descendant of French nobility who at the age of 42 became the official photographer for the Department of Bridges/Plant and Structures in 1906. The department’s only photographer, over the next three decades he took 20,000 pictures of Manhattan’s most famous landmarks as they went up. He retired in 1934 and died in 1943, a virtual unknown, until in 1999 Municipal Archives photographer Michael Lorenzini recognized that a number of outstanding photographs had to be the work of one man. Lorenzini dug through the archives and historical records and finally put a name to the prodigious talent, bringing de Salignac out of obscurity into museum exhibits and coffee table books.
http://www.thehistoryblog.com/archives/date/2012/05

No women among them, so sexist
Top

In case you are wondering, there is no hidden safety equipment. He is free climing.

“Free Solo,” a Documentary About the Hardest Climb in History


“Free Solo,” a new National Geographic documentary, examines how and why a sane man named Alex Honnold climbed a three-thousand-foot wall of rock in Yosemite National Park last summer without a rope. Rock climbing without safety gear is known as “free solo,” and it has killed plenty of élite climbers through the years, including Honnold’s friends. His free solo of El Capitan in Yosemite was, according to a piece in the Times, “one of the great athletic feats of any kind, ever.” But to Honnold, who is thirty-three, it was something else: a fascinating puzzle, years in the making, in which to both lose himself and be found. Its completion brought about an existential contentment that, the film suggests, had long eluded a man whose own girlfriend calls him “strange.”

I watched the film last month, at a New York screening, sitting next to Honnold. It was his first viewing, too. (Earlier that day, he’d scouted a New Jersey skyscraper, which he eventually climbed halfway up without ropes. The discomfort of peering into bedrooms, rather than a fear of toeing rain-slickened windowsills, stopped him from going farther.) Honnold slouched in the back row, squirming during non-climbing scenes: watching himself navigate his relationship with his girlfriend, Sanni McCandless, a life coach whom he met at a book signing, was harder to bear than the shots of him clinging to rock nubs thousands of feet above a valley. Honnold is single-minded to the extreme, and he dismisses the “cozy life.” McCandless, meanwhile, has the reasonable hope of being factored into his free-soloing. At one point, sitting in the Sprinter van that is their de-facto home, she says, “Would putting me into the equation actually ever change anything?” “No,” he answers. “But I appreciate your concerns.”

These relationship dynamics—which, to a lesser extent, include Honnold’s mom and pals like Tommy Caldwell, who calls climbing with Honnold “a vice . . . like smoking cigarettes”—carry the film to the foot of the granite wall on June 3, 2017, when, with little warning, Honnold chalks up and gives the thing a go. The final twenty minutes of “Free Solo,” stunningly shot from a fly-on-the-rock-wall perspective, are riveting, regardless of one’s grasp of “jugs,” “chimneys,” or “crimps.” I lightly punched Honnold at one point—as he did a “thumb press” two thousand feet up—to make sure that he was there. It’s remarkable that he is, and this film of Herzogian ambition, frightening to all involved in its making, does him justice.

Sounds like a film not for the faint of heart, even though this review spoils the ending (he lives. for now.)

These people are nuts. Even just looking at pictures of it makes the bottom of my feet tingle.
A fool thinks himself to be wise, but a wise man knows himself to be a fool.
William Shakespeare
Top