More will be found… 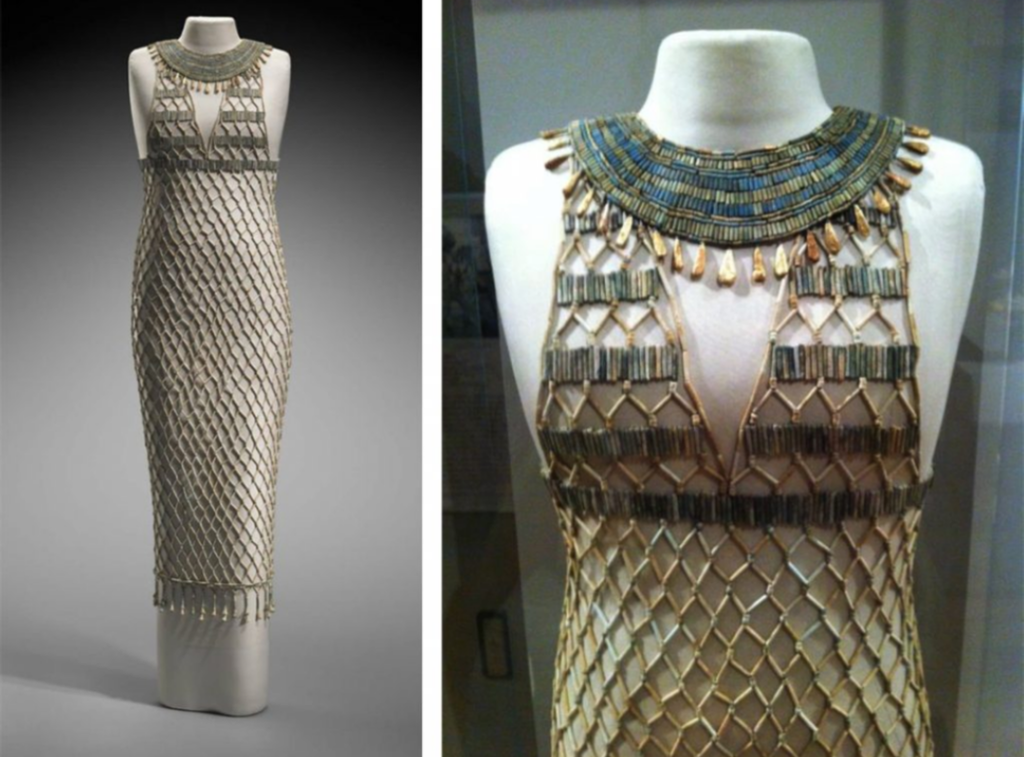 Depictions of women in Egyptian art occasionally feature garments decorated with an overall lozenge pattern. This design is believed to represent beadwork, which was either sewn onto a linen dress or worked into a separate net worn over the linen. This beadnet dress is the earliest surviving example of such a garment. It has been painstakingly reassembled from approximately seven thousand beads found in an undisturbed burial of a female contemporary of King Khufu. Although their string had disintegrated, a few beads still lay in their original pattern on and around the mummy, permitting an accurate reconstruction. The color of the beads has faded, but the beadnet was originally blue and blue green in imitation of lapis lazuli and turquoise. 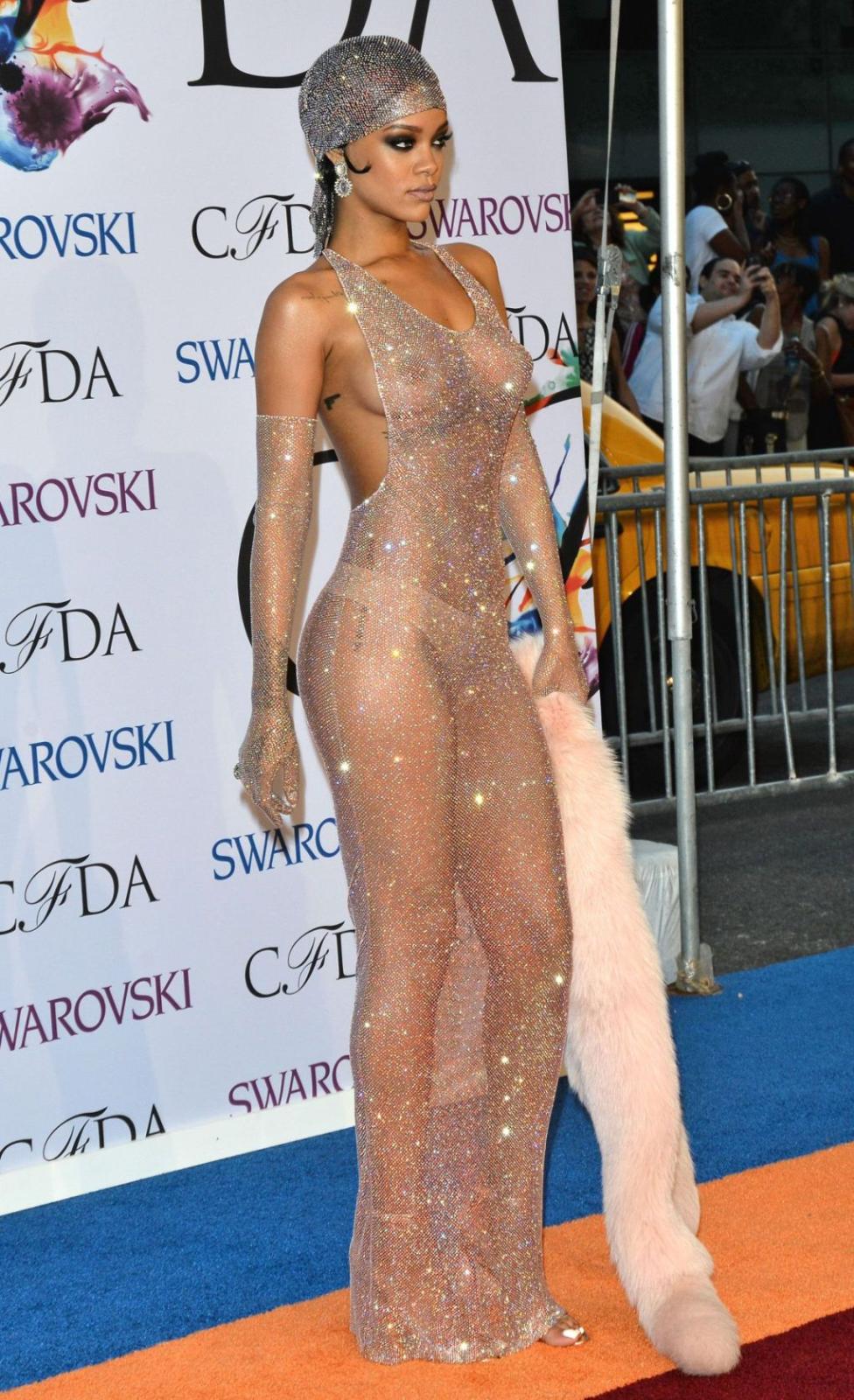 (But the Egyptian bead dress was presumably worn over a light linen dress.


That's remarkably astute of you considering it says exactly that in the paragraph just above.

Yep, you totally outsmarted me ~ Wildcat.

I'm sure I came up with Twatter first. ~ Moi
I only steal from the rich.

How did they walk? 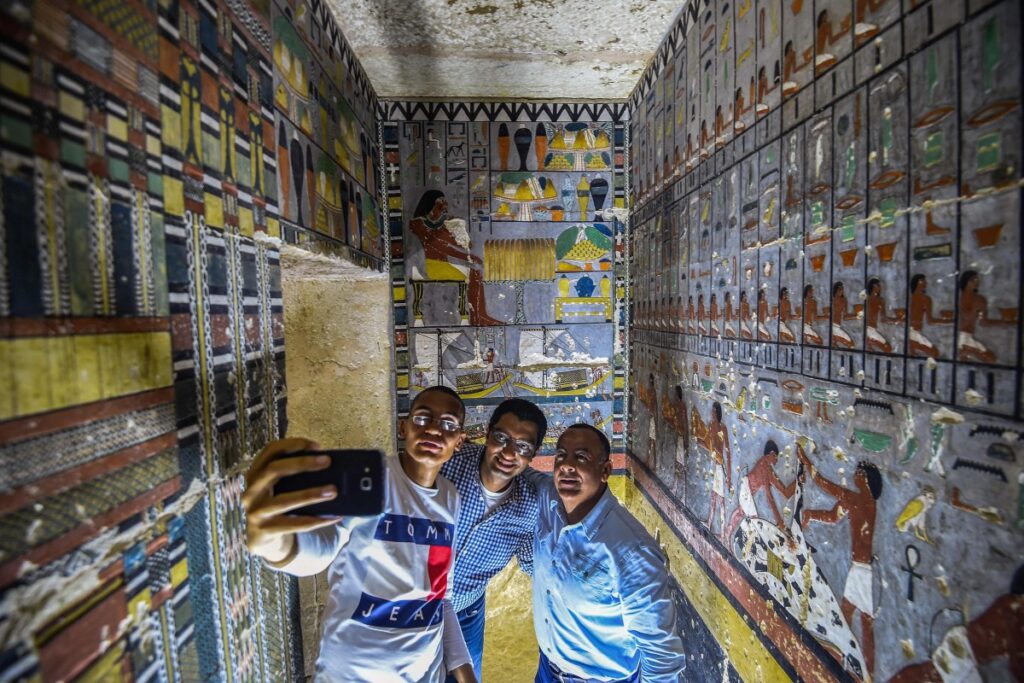 In a major archaeological discovery, Egypt on Saturday unveiled the tomb of a Fifth Dynasty official adorned with colourful reliefs and well preserved inscriptions.
The tomb, near Saqqara, a vast necropolis south of Cairo, belonged to a senior official named Khuwy who is believed to have been a nobleman during the Fifth Dynasty, which ruled over Egypt about 4,300 years ago.

“The L-shaped Khuwy tomb starts with a small corridor heading downwards into an antechamber and from there a larger chamber with painted reliefs depicting the tomb owner seated at an offerings table,” said Mohamed Megahed, the excavation team’s head, in an antiquities ministry statement.

Did they check for curses before going down there?

And a juicy contract for the army?