The Dead Sea Scrolls contain genetic clues to their origins 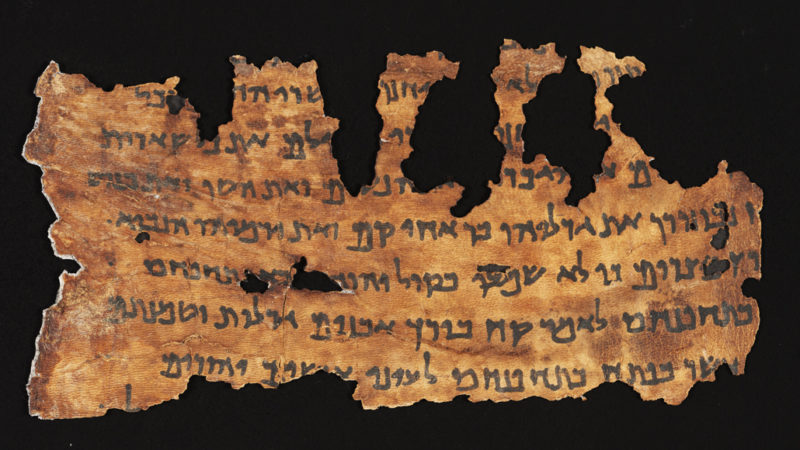 Genetic clues extracted from slivers of the famous Dead Sea Scrolls are helping to piece together related scroll remnants and reveal the diverse origins of these ancient texts, including a book of the Hebrew Bible.

The scrolls are made of sheepskin and cow skin, which retain DNA from those animals. Analyzing that DNA represents a new way to figure out which of the more than 25,000 Dead Sea Scroll fragments come from the same animals, and thus likely the same documents, say molecular biologist Oded Rechavi of Tel Aviv University and his colleagues.

Findings so far suggest that the Dead Sea Scrolls reflect religious and biblical developments across southern Israel around 2,000 years ago, not just among people who lived near the caves where many scrolls were stored, as some scholars have contended, Rechavi’s team reports June 2 in Cell.

Researchers estimate that the Dead Sea Scrolls were written between the third century B.C. and the first century A.D., during what’s known as the late Second Temple period. That was a critical time in the development of Judaism and the emergence of Christianity. “Our results demonstrate the heterogeneity inherent in Second Temple Judaism, which formed the matrix for [early] Christianity,” says Tel Aviv University Biblical scholar and study coauthor Noam Mizrahi.

The Dead Sea Scrolls consist of about 1,000 ancient manuscripts, including the earliest known versions of books of the Hebrew Bible and non-biblical religious, legal and philosophical documents. Most scrolls and scroll fragments were found between 1947 and the 1960s. The largest set of finds comes from 11 caves near Qumran, a site located in the Judean desert on the Dead Sea’s northwest shore.

Many researchers have surmised that scrolls from the Qumran caves reflect the beliefs of a small Jewish sect that broke from mainstream Judaism and settled in Qumran (SN: 11/17/17). But DNA evidence in the new study suggests that ideas in those documents also extended beyond the Qumran community.

Rechavi’s group obtained DNA from minuscule bits that either fell off or were removed from 26 Dead Sea Scroll fragments. Those samples contained no writing.

After excluding DNA left by people who had handled the scrolls, the scientists identified DNA of animals used to make the ancient parchments. All fragments were made of sheepskin except for two made from cow skin.

Comparisons of mitochondrial DNA, typically inherited from the mother, and nuclear DNA, inherited from both parents, enabled the researchers to identify close or distant relationships among sheep used to make the scroll fragments. The researchers assumed that fragments from closely related sheep were more likely to come from the same document than those from distantly related sheep or from cows.

Studies of the texts had previously suggested that many Qumran scrolls display spellings and other features of a writing tradition particular to a small group of scribes, and the genetic evidence supports that proposal. Seven of eight fragments containing writing previously classed as part of that “Qumran scribal practice” came from closely related sheep, suggesting that those fragments represent manuscripts that had originated in the same place.

“For the first time, this theory [of a Qumran scribal practice] has been supported by independent ancient DNA research,” says Biblical scholar and linguist Emanuel Tov of Hebrew University of Jerusalem. Tov is past editor in chief of what’s now the Dead Sea Scrolls Digital Project.

That shit is sofa king cool
still working on Sophrosyne, but I will no doubt end up with Hubris
Top

If I were the chief scientist, I would have reported that some of the scrolls were written on pig skin.

For the lulz.
This space for let
Top

Pig skin no good for scrolls

Everybody ends up eating them
still working on Sophrosyne, but I will no doubt end up with Hubris
Top
4 posts • Page 1 of 1