The record-setting discovery of 68 projectiles from the Neolithic to the Viking Era also upends ideas on how ice both preserves and destroys archaeological finds.

Archaeologists in Norway have discovered dozens of arrows—some dating back 6,000 years—melting out of a 60-acre ice patch in the county’s high mountains.

Expeditions to survey the Langfonne ice patch in 2014 and 2016, both particularly warm summers, also revealed copious reindeer bones and antlers, suggesting that hunters used the ice patch over the course of millennia. Their hunting technique stayed the same even as the weapons they used evolved from stone and river shell arrowheads to iron points.

Now the research team is revealing the finds in a paper published today in the journal Holocene. A record-setting total of 68 complete and partial arrows (and five arrowheads) were ultimately discovered by the team on and around the melting ice patch–more than archaeologists have recovered from any other frozen site in the world. Some of the projectiles date to the Neolithic period while the most “recent” finds are from the 14th century A.D.

While the sheer number of historical projectiles is stunning, the Langfonne discoveries are also upending generally accepted ideas in the relatively new specialty of ice-patch archaeology, and yielding new clues as to ice’s potential to preserve or destroy evidence from the past over the course of thousands of years. 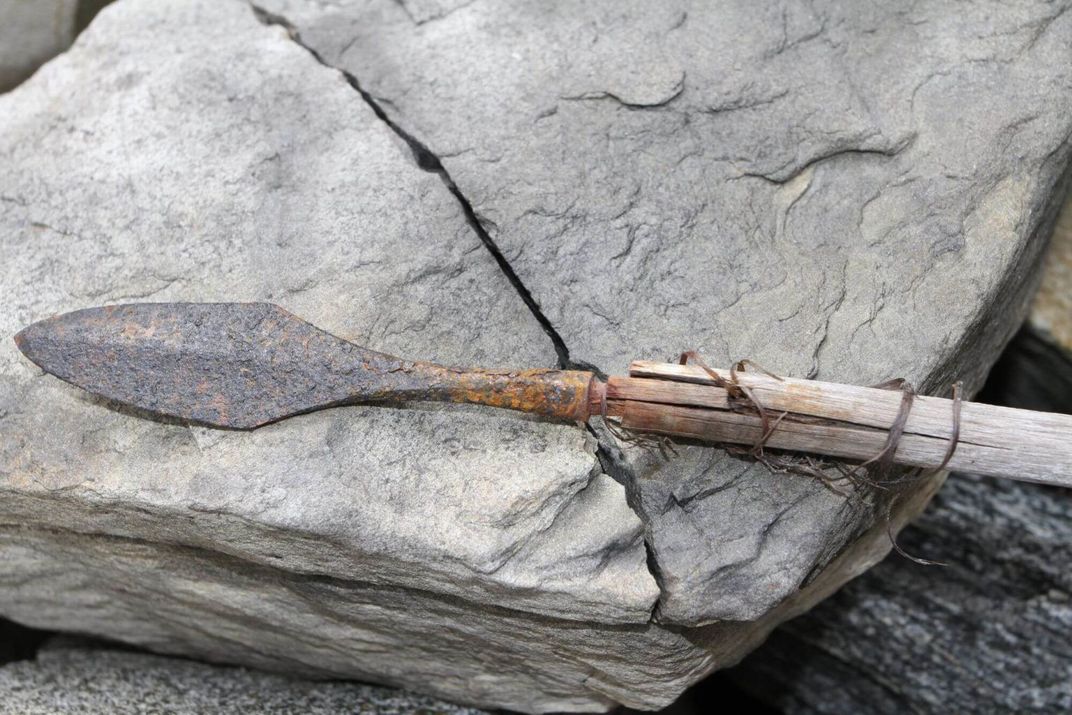 My brother-in-law a dyed in the wool Mormon could flat chip arrow heads out of volcanic glass, obsidian. Seriously such good boys.
... The stars were suns, but so far away they were just little points of light ... The scale of the universe suddenly opened up to me. It was a kind of religious experience. There was a magnificence to it, a grandeur, a scale which has never left me. Never ever left me.
Carl Sagan
Top

Fid wrote: ↑Wed Dec 02, 2020 1:19 am My brother-in-law a dyed in the wool Mormon could flat chip arrow heads out of volcanic glass, obsidian. Seriously such good boys.

Locals in Australia sometimes use porcelain insulators from phone lines (our local ethnography museum has such a piece).

I have been following online, for many years, a group that looks for artifacts showing up from melting glaciers

Like in Greenland, each time a glacier melts back farther than its previous extent, old shit shows up

It’s much like the ancient forest showing up from under the melting glaciers
"This aggression will not stand, man."
Top
5 posts • Page 1 of 1